DANCE THE CARIBBEAN CALYPSO AT RWMF 2015

By Melvin JongAugust 3, 2015No Comments

Kuching, Sun: Audience wanting a difference in this years’ festival, will be able to dance to the tune of the Caribbean Calypso music which will be staged at the Rainforest World Music Festival on August 7-9 at the Sarawak Cultural Village.

Kobo Town from the Republic of Trinidad and Tobago will be featuring the Calypso music, a trademark of a cheerful and relaxing musical composition on the laid back Caribbean setting.

Drew Gonsalves, the founder of the group Kobo Town, traces its origin from the easy-going historic neighbourhood city in Port-of-Spain thought to be the origin of Calypso music.

The artist grew up in Diego Martin where he was surrounded by Calypso music from an early age and he moved to Canada but returning back at the age of 18 when he started writing his own calypsos.

The band’s debut album ‘Independence’ was released in 2007 and was nominated for several awards including the Indie Award.

Drew describes the band’s music style as a mixture between the traditional Calypso, big bands’ style and jazz music, expressing musical theme of present events in its lyrics.

The band’s new album ‘Jumbie in the Jukebox’ contribute to the musical heritage of the Carribean that tries to give the people of the present generation a voice to speak up and express themselves in this special music.

Gonslaves in describing his music style said, “We made a conscious effort, but one that was quite natural in its own way, to make the music different, a bit more intense”.

Admitting that the album is a small, heartfelt tribute to the spirits – both remembered and forgotten – who have gone before us, the songs and sounds, he said had never lost their power to enchant.

To join the festival, entrance tickets are now available on sale at [email protected] and for more information on the festival, please log on to its website at https://rwmf.net/v2/tickets/ 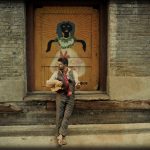 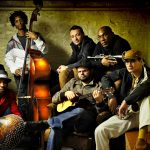 Picture shows Kobo Sound, the group from the Caribbean.