SANGPUY TO TRACE HIS DAYAK HERITAGE SIMILARITIES AT RWMF2015

Kuching, Sarawak: Taiwanese artist, Sangpuy, will share his many musical similarities with the Dayaks of Borneo at the forthcoming Rainforest World Music Festival to be held from August 7 to 9.

Believed to be the descendants of Austronesian tribes from Malaysia, Indonesia, Philippines, Madagascar and the Pacific Islands, this Taiwanese aborigine will showcase his musical presentation reflecting one of the oldest surviving cultures that includes the practice of headhunting, a passion for tattoos, animism and reverence for the natural world.

Bringing back the old traditional music of the aborigines of his country, Sangpuy’s music presentation creates a quiet spiritual atmosphere evoking the blessings of ancestors and the origins of life and sings in praise of ancient ceremonies from a time when the gods of the natural world were respected.

Also known as Sangpuy Katatepan Mavaliyw, he describes himself as an old soul in a young body presenting the ancient music of the Pinuyumayan tribe.

With his mesmerising voice and unique chant combined with the traditional instruments of the Pinuyumayan, he staged a transcendent experience to bringing his audience to the place where the indigenous people see the wind as friend and live side by side with nature and its spirits.

Sangpuy was born and raised in the Pinuyumayan community of Katatipul in Taitung and from early age he felt attracted to the music of the tribal people.

He sees his music as a medium to promote and preserve the culture of his tribe and performs in music festivals and events in different countries including performing at Riddu Riddu music festival in Norway.

“When we performed abroad, the response to our music was so overwhelmingly accepted that it has given me the strength to continue my path of traditional tribal music,” Sangpuy said.

His debut album released in November 2012, contains 14 works of which seven are of ancient origin and the other half are new compositions which focuses on life, earth and the relationship with ancient spirits and human beings.

On top of that, the Taiwanese artist also makes traditional instruments such as the nose flute and the mouth harp, a typical instrument which is used by Taiwan’s indigenous people and which makes a sound which is unique to the country.

Festivals entrance tickets are now available online and for more information on the festival, please log on to its website at https://rwmf.net/v2/. 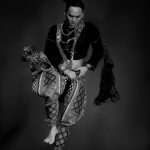 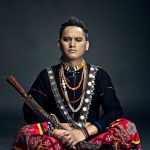 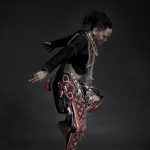 RWMF2015 Preview at The Spring