Madeeh, is a name which means cousins, relatives, brotherhood or sisterhood. The band’s name came about as all of the band members are related and from the same longhouse, Annah Rais.  It’s made up of 6 males and 1 female. Though they have been playing together for a long time, the band was only formed in May, 2009.  Pratuokng, as a lead instrument, is played by 4 people, 2 players on the Gaduok (percussion), and 1 playing the Sritakng (xylophone).

Abas Ringap, born 1933, is regarded as the mentor for the survival of the traditional instruments. He is capable in playing, making and teaching all of the 3 types of instrument. His knowledge about plant species in the forest makes him a wise man in choosing the right species of bamboo, wood and rattan to be used for making the instruments. As his story tells, he started learning and playing the instruments since he was about 12 years old. 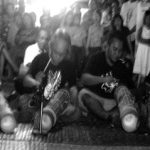 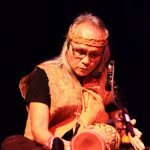 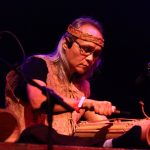 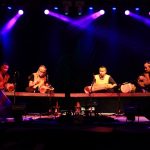 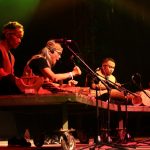