Kuching, Thurs: The Rainforest World Music Festival will not find its place among the audience if not for the enchanting music from Africa that has all these years mesmerize thousands of weekend revelers.

This year, the festival will parade the uniqueness of the group calling themselves Ndima which represents the people of the Aka Pygmies from Congo Brazzaville.

Ndima, representing the native African tribe, will present their traditional African music allowing audience to have an insight into their unique endangered culture.

The nomadic tribe which lives in the forests of Africa between the Atlantic Ocean and the big Lakes, particularly in Baka, Bambuti, Batwa, Babongo, Efé and other regions, can be easily recognised by their physical stature.

Their language is called the Aka language and their life is consistently altered due to the increasing influence of the modernization within their natural habitat in the forest which are being continuously destroyed by farmers and foresters.

As the life of the Aka people centered on the natural surroundings, the tribe takes great care of their environment for their daily source for food and medicinal purposes.

Apart from their surrounding influences, music plays an important role in the life of the Aka Pygmies with song dedicated to the spirits of the forest and events associated with their surroundings.

The characteristics of Aka Pygmy music are complex and the interspersed with the “jodel”, which is describes as the change between the “voice of head and of the breast”.

The varied rhythmic formulae supported by traditional Pygmy dances is also an evidence of their rich culture of the endangered tribe.

Joining Ndima taking the stage is Sona Jobarteh from Gambia bringing with her traditional “Kora” virtuoso.

Sona is considered to be a modern pioneer rebelling against the male-dominated hereditary tradition between father and son playing an instrument which is exclusively designated to men.

The “Kora” is a 21-stringed African harp which is one of the main musical instruments of the Manding peoples of Gambia, Senegal, Mali, Guinea and Guinea-Bissau.

It can only be played by male members of West Africa family, thus making Sona an exception for being the first woman in her family to break the ancestral line of playing the sacred musical instrument.

The music style of Sona Jobarteh differs from other West African music genres due to her innovative stance singing about social issues, cultural identity, gender, love and respect that roots herself in her traditional cultural heritage of her people.

Sona’s ability to captivate audiences around the world with her expressive voice, catchy melodies and strong rhythms that allows her to represent her African culture and tradition.

The artist developed her singing ability when she featured her vocals in the Hollywood blockbuster movie “Mandela: Long Walk to Freedom” which was released in 2014.

On top of that Sona is the composer of the film score to the Multi-Award winning documentary film “The Motherland”, and released her latest album “Fasiya” in 2011.

To join the festival, musical enthusiast can now book their entrance tickets online and for more information on the festival, please log on to its website at https://rwmf.net/v2/. 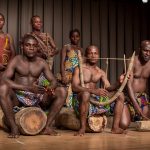 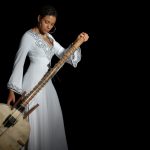 Work side-by-side with our paper writing service specialists and get superior academic papers on time!