A TOUCH OF ARABIC MUSIC AT RWMF

Kuching, SARAWAK: Talented Moroccan world music artiste, Driss El Maloumi will be among those to be watched out for at the upcoming Rainforest World Music Festival which will be held at the Sarawak Cultural Village from August 7-9.

The award winning Driss, trained in both Arabic and Western classical music, is also a composer of music shows such as ‘Caravan Moon and participated in the musical film, ‘La Source des Femmes’.

His first album, ‘L’Ame dansée’ was released in 2005 and in 2013 he released his album ‘Makan’ performing together with two percussionists, Said El Maloumi and Lahoucine Baquir.

Driss El Maloumi is not only known for his talent and virtuosity but also for offering a unique musical mixture between different varieties of contemporary music and Arabic heritage.

Taking the same stage is another group calling themselves Bargou 08 from Tunisia which sets to introduce an ecstasy of dance and trance.

The band named itself after the Bargou mountain chain in the isolated almost forgotten region Seliana in North-West Tunisia near the Algerian border.

The music from this region is called Salhi and is disappearing but Bargou 08 is determined to bring it back to life.

Meanwhile, the audience were again reminded that the tickets may now be purchased online. 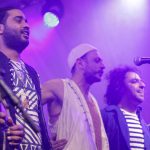 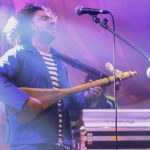 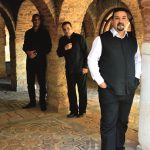